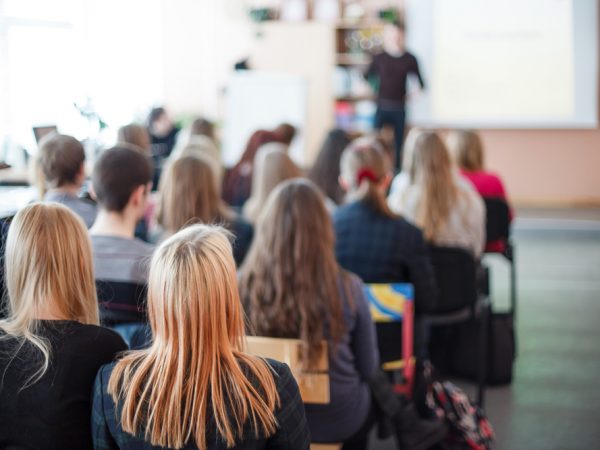 7th Circuit ruled that A special education teacher cannot sue her school district in Federal Court for injuries suffered while trying to block an autistic child from hitting her with a chair.

W.K. began second grade at White Eagle Elementary in 2005. Diagnosed with Asperger’s syndrome, the 7-year-old had a history of verbal outbursts and violent assaults and was determined to be eligible for special education services.  In one month alone in 2007, teachers reported 34 outbursts and 36 physical outbursts. During this time, he averaged almost three “incidents” per day.

W.K.’s violent actions were so common at “teachers stopped documenting each such occurrence,” according to the court. “No one could be sure exactly when W.K. would have an outburst, or what would trigger it, creating a precarious environment for all who were around him.”
But his parents, wanting to keep W.K. enrolled in school with neighborhood friends, resisted recommendations to transfer the boy to a therapeutic day school.

Paula Jackson, the plaintiff, pushed for a transfer at multiple meetings during W.K.’s third- and fourth-grade years, and she unsuccessfully asked Principal Ronald Zeman to assign W.K. to a different support teacher.  Despite the frequent outbursts and violence, White Eagle outlined an individualized educational plan that included giving W.K. a private “office” to work in at times during the day.  Then in March 2008, while W.K. was in fourth grade, Principal Zeman asked Jackson to check on W.K. in the one-on-one office after the child had just calmed down from an outburst in which he threw objects around the room and at his teaching assistant.  Jackson said she found W.K. in a rage. When W.K. swung a chair a Jackson, she struggled to protect herself, fell backward and hit her head and neck on the white board.  The teacher was taken to the hospital while W.K. was suspended and transferred to an alternative school.  Jackson filed suit, alleging that the district had violated her constitutional rights by knowingly placing her in danger. A federal judge dismissed the case, and the 7th Circuit affirmed on Thursday, finding that the school warded off a constitutional violation by taking so many meetings, evaluations and actions with regard to W.K.  “As the unique facts of this case stand, although the defendants’ actions may well have been short-sighted, flawed, negligent, and tortious, they do not satisfy the standard for finding a constitutional violation,” Judge Ann Claire Williams wrote for the three-judge panel. “We do not lightly reach the conclusion that the defendants’ conduct does not shock the conscience.”

“Educational professionals who take on the extraordinary task of teaching children in public schools, including those who choose to teach children with disabilities, should not also be expected to endure frequent and unpredictable acts of violence,” Williams added. “We emphasize that at no time is it necessary for a student to inflict serious bodily harm on a teacher before a school is justified in deciding that a general education classroom is not the appropriate forum for a certain disabled student.”

Thus while the court held that the facts of the case at issue did not rise to the level of a constitutional tort, the Court did leave the door open for suit in State Court.