Skip to content
Current News Stories
Student attacked on a school bus. Driver may face charges for failure to protect. 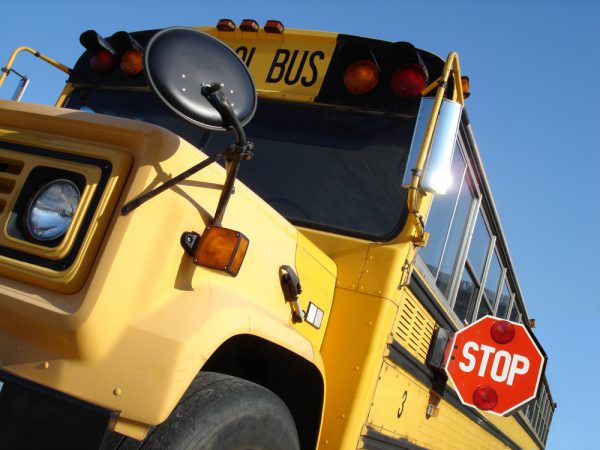 For the last two decades, HWC has been arguing that school  administrators and school bus drivers have an ethical and legal duty to  protect every single child on the bus as if they were in the school building. We assert it is the administrator’s duty is to create and supervise a  reasonable effort to observe and identify problems and problem  children before they are allowed on the bus.  Some of these bus incidents  arise spontaneously and without warning.  However, when children telegraph their  intentions (and they almost always do) the adults in charge need to be proactive.

If a child, or group of children in this case, is likely to present  a risk to safety on the bus, either the child’s parents should be responsible  for providing the trip home or the school must provide enough monitors on the  bus to ensure everyone’s security.

A driver should never be put in the position  of driving a bus on our streets with children that the administrators and  faculty know are likely to present a threat to safety, whether it is a special  education student in emotional turmoil or young criminals.

The bus driver’s main priority is to operate the bus safely.  In order of  priorities for the driver: 1) make sure the bus is pulled over and parked  safely, 2) communicate the problem to the police so they can provide backup and  3) intervene when necessary to protect the safety of children on the bus,  provided they have the physical capability and the training to do so.  As you  can see on this video, the driver was faced with multiple assailants.  HWC has a  strategy for clearing the narrow center isle, using a force level that is  appropriate and lawful given the severity of this beating.

Three students are accused of beating a younger student aboard a Pinellas County school bus.

A student exiting the school bus was viciously attacked by three other classmates. The bus driver called for help but did not intervene to protect the student to stop the beating. The student had his arm broken and the driver is being investigated.

The youths have already been charged.

Cited reason for the attack? The victim did not want to buy drugs from the attackers and instead turned them into the school. An investigation revealed one of the suspects had tried to sell drugs to the victim in a school bathroom. The victim notified officials at the school. Later that day, the suspects and victim rode the same school bus home.

Officials said the bus driver from Lealman Intermediate School called for help when three students “ganged up” on a 13-year-old student, kicking and punching the victim. Officials said the victim tried to crawl under a seat on the bus as the suspects punched and kicked the victim for roughly a minute, police said.

The victim suffered a fractured arm. Police say one of the suspects, Joshua Reddin took the victim’s money after the beating.

All three teens are charged with aggravated battery. Reddin is also charged with unarmed robbery. All three have been released from police custody.