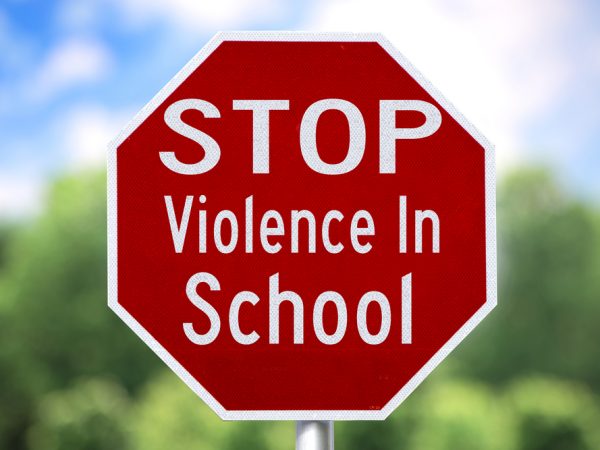 A girl was attached at an Indianapolis Public School: Northwest Community High School by a male student claiming he was bullied.

A cell phone video captured a violent fight involving a male student viciously beating a girl while a teacher watches. The beating continues for under a minute, with the male student pulling the girl’s hair, throwing her to the floor and repeatedly hitting her in the face.  Students (not adults) stop in to stop the attack.

The brutal fight, recorded on video, was in the school hallway Tuesday. Students say it was just one of seven fights at school that day.

That video shows a staff member, there when the fight started, scream at the students to stop.  The teacher never intervenes physically because, according to Indiana Public School (“IPS”) policy, staffers are not allowed to put their hands on students.

Social Media and Parent Outrage after press reported the attack

After the press reported on the attack and lack of teacher intervention, there was a public outcry in the press, social media and the community about school policy.

IPS’s Policy Preventing Teachers from Intervening is unlawful, against public policy and can get the school sued

HWC cannot offer  legal advice.  We would suggest that when schools encounter conflicting laws or policies that they solicit the advice of Counsel licensed to practice in their State.  As an example, in light of Indiana’s self-defense and restraint laws, it does not appear that schools can tell teachers not to intervene when a person’s physical safety is at risk. Doing so would be a violation of the teacher’s natural and civil right to defense of self and others as codified in Indiana’s law, Indiana’s State and Federal Constitution and the Supreme Court.  Defense of self and others are non-waivable rights.  Further, Indiana’s restraint law specifically gives teachers the express ability to physically intervene when a person is in imminent danger of bodily injury.